Photo Friday: I Was Reluctant To Share This Image This Year

I have posted a photo like this one in past years on or just after the first night of Hanukkah (which was last night). Nancy and I come from different backgrounds. I was a suburban kid from a comfortable family; she was a farm girl raised in a family that lived paycheck to paycheck. I went to an Ivy League school; she went to a state school (we met in graduate school at Stanford). And I was raised as a secular Jew; she was raised by devoutly Catholic parents.

Despite the fact that my family did in fact celebrate Christmas, this image — the menorah and the Christmas tree — has long struck me as a symbol of all that we brought to our marriage and blended in our life together.

This year, though, with all that has gone on in the world, with all the hostility we have seen directed at those who are other, who are not White and Christian and straight, I hesitated to acknowledge publicly my Judaism, mild though it is. I live in a very, very red area, and I felt unsafe drawing attention to my heritage.

In the end, I decided that I wouldn’t give in to my paranoia, or my mistrust of others. I also recognized the obvious: if someone wants to know my religious background, they won’t have to dig too deep. As I say, I’ve posted similar images before.

And so, I will say again, as I have in past years, from our multi-denominational home to yours, our sincere wishes for a safe, joyous holiday season, filled with love and laughter.

Have a great weekend. 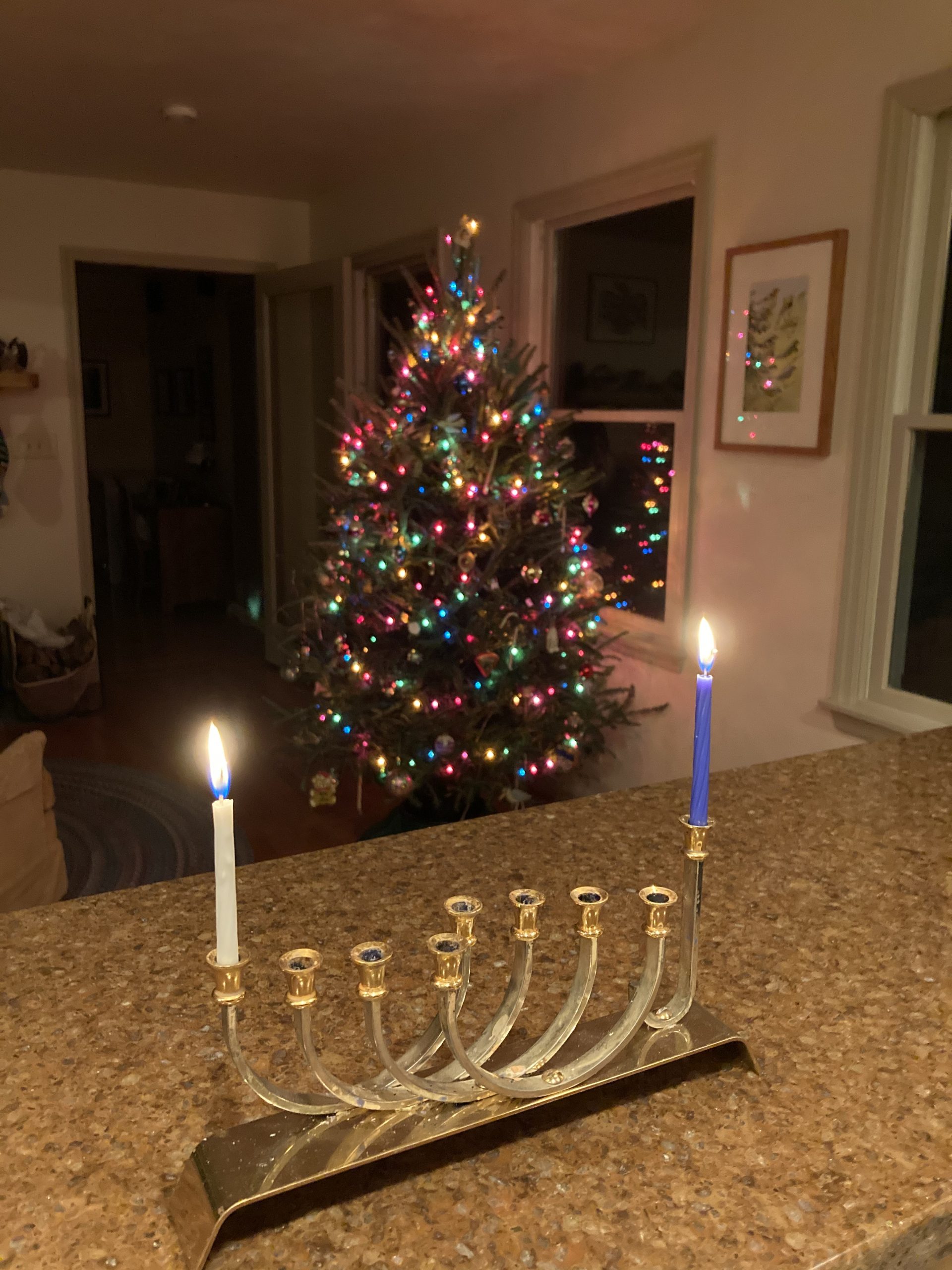