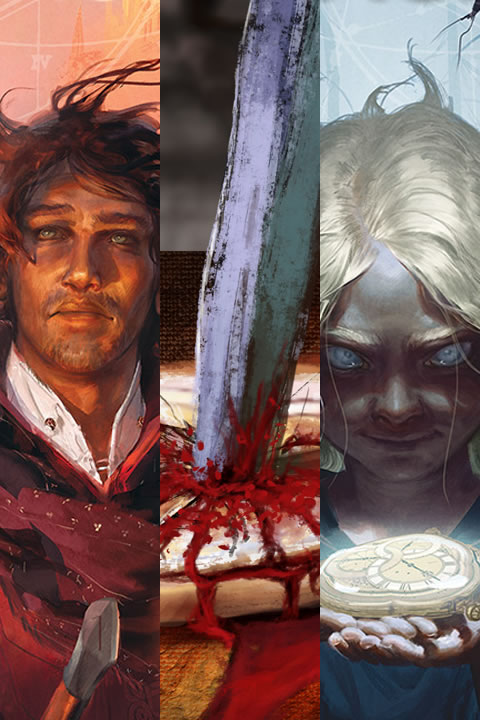 Islevale is a world of island nations, of shifting alliances and ancient, bitter rivalries, of magick and demons and untold wonders. For those trained in the Traveler’s Palace in Windhome, it is also a land of promise and opportunity, a place in which those with the ability to Span distances, or Cross through matter, or, rarest of all, Walk into the past, might serve in the most powerful courts between the oceans.

Tobias Doljan, barely fifteen years old, is a Walker, trained to Travel back through time. He is called to Daerjen to serve in the sovereign’s court. But upon his arrival there, he learns that the sovereign wishes to send him back fourteen years, to prevent a war that now threatens to destroy Daerjen, to the detriment of all Islevale.

The journey back will age Tobias fourteen years; returning to his own time will exact that price a second time, leaving him a middle-aged man. But he is willing to make this sacrifice to keep the autarchy of Oaqamar from extending its power over all of Islevale. The night he arrives in the past, however, the sovereign and most of the royal family and court ministers are assassinated. Tobias, now to outward appearances a man in his late twenties, survives the attack, as does the sovereign’s infant daughter, Sofya – now Hayncalde’s sole remaining heir.

Thus begins an adventure that will span all of Islevale. Pursued by demons and pirates, slavers and assassins, Tobias, Sofya, and Mara, a friend and love from Tobias’s life before his summons to court, seek to make a life for themselves so that eventually Sofya can assume her rightful place on Daerjen’s throne. But they are hunted by the assassin, Quinnel Orzili, and his love, Lenna Doen. And they are haunted as well by Droë, a time demon who seeks to make herself something more, something unheard of in all of Islevale’s long history, something that, perhaps, no being should wish to become.

The Islevale Cycle is the critically acclaimed time travel/epic fantasy from award-winning author D.B. Jackson. Time’s Assassin, the third and final novel has recently been released by Falstaff Books. The first volume, Time’s Children, received a starred review from Publisher’s Weekly and was named the Best Fantasy Novel of 2018 by Reviews and Robots. The second volume, Time’s Demon, has been called “about as perfect a second book in a series as a reader could hope to have” by SFFWorld. The first two books are available as trade paperbacks, ebooks, and audiobooks.