Monday Musings: Memories of Halloweens Past

We live in a small subdivision outside of our little college town. Our neighborhood consists of maybe eighteen houses, only a handful of them with young children. I bring this up today because it’s Halloween and while usually I find being in a tiny, remote cluster of homes quite pleasant, this one night of each year it’s a little sad.

The larger point remains, though. For us, for many years now, Halloween has been a non-event. 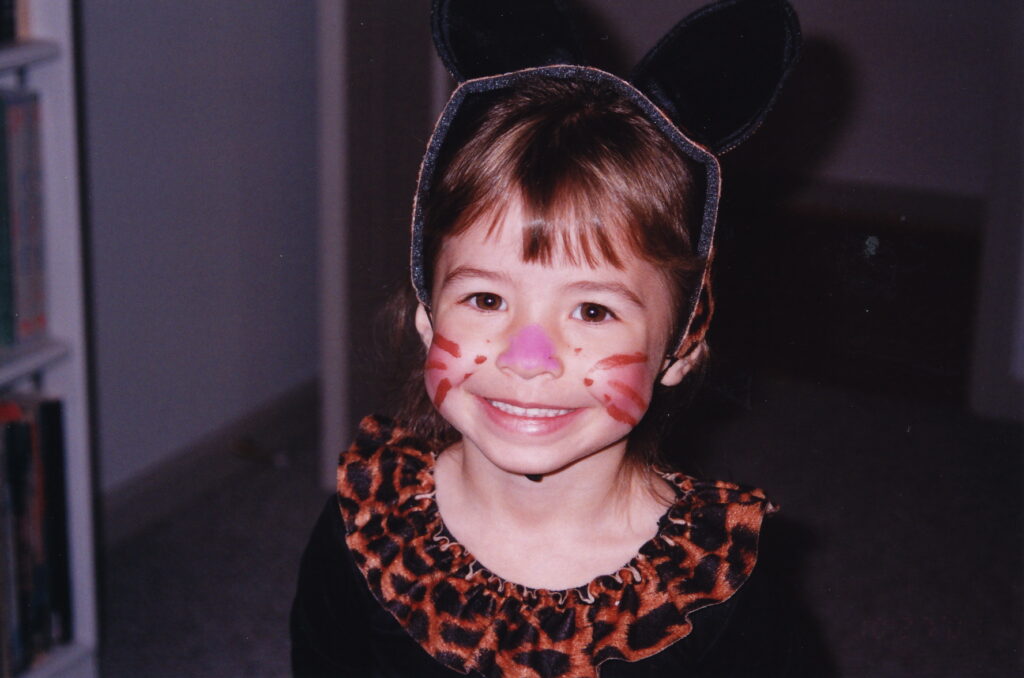 When the girls were little, we used to take them into town, meet up with their friends and their friends’ parents, take a bunch of photos (all of them too cute for words), and then commence the hunt for goodies. We would actually bring a bag or two of candy to supplement what our friends were giving out, so that we wouldn’t be total freeloaders, and while half the parents (sometimes the dads, sometimes the moms) went out walking with the kids, the other half stayed, gave out candy, drank a bit of wine. Those were great evenings. Sadly, I missed out on trick-or-treating as often as I participated. Back then, World Fantasy Convention was held each year on Halloween weekend. If Halloween fell anywhere between a Thursday and a Sunday, chances were I’d be away. Sometimes, if the travel was complicated enough, I missed out on Halloween on other days as well. I considered WFC one of the most important professional events on my calendar — I still do — but looking back, I wish I’d skipped the convention more often than I did. I missed out by not taking my girls door-to-door more than I did. 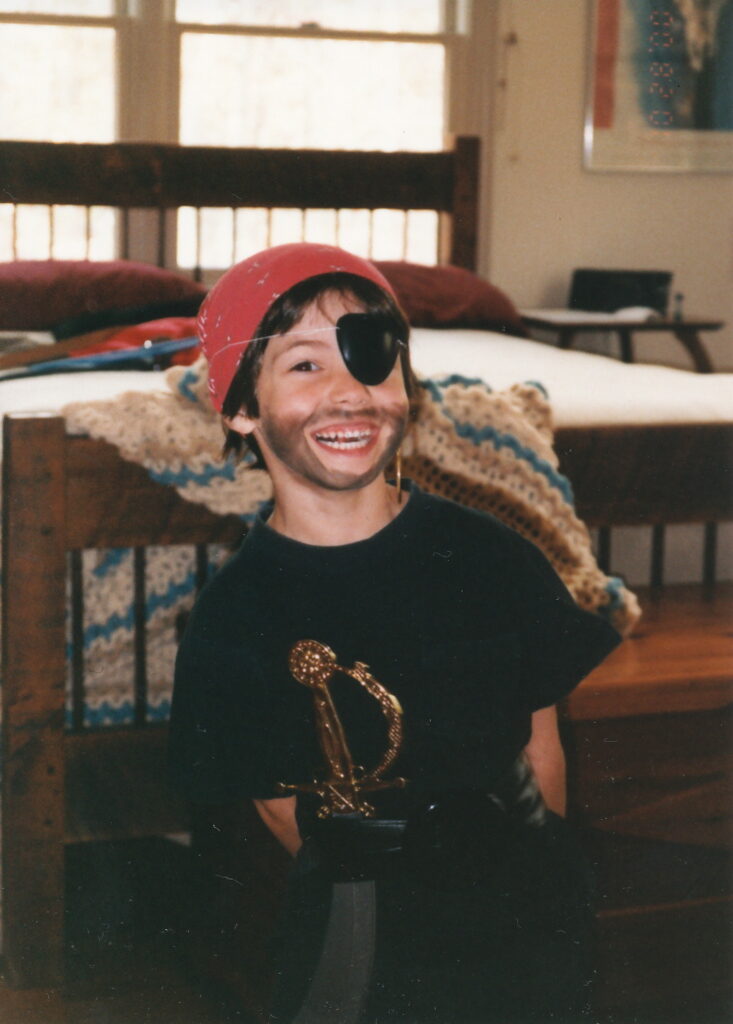 I grew up in a small suburb, a bedroom community of New York City. From an early age, my parents felt comfortable sending me out with my friends on Halloween night. Before then, I remember my sister, Liz, taking me trick-or-treating. She is older than I am by twelve years, and so by the time I was old enough to go out, she was old enough to have given it up. She was a good sport and always accompanied me for as long as I wanted, for as far as my little legs could carry me. Back then, we young-uns would be armed with two items: a brown paper shopping bag bearing the image of a ghost or a stylized witch or a spooky jack-o-lantern, and a small, orange, slotted cardboard box in which we were to collect pennies for Unicef. A quick internet search tells me that “Trick-or-Treat For Unicef” is still a thing, though these days the boxes have little handles and, yes, QR codes.

I judged the success of the night by the weight and jangle of that orange box, and the weight and sag of that shopping bag. Each year, the latter proved disappointing. Somehow, in the build-up to Halloween, I pictured myself filling my shopping back to the brim, which, of course, would have required a walk lasting days rather than hours, and covering leagues rather than miles. The truth was, I always returned with more candy than I could possibly eat (not that I didn’t make the effort). In one of those old paper shopping bags, candy piled two inches deep was a lot of candy.

My parents, of course, examined and culled my takings. My father loved Mary Janes — peanut butter flavored taffies that always threatened to tear the fillings from his teeth — and Bit-O-Honeys. My mother loved Good and Plenty and anything chocolate (though obviously she didn’t take ALL the chocolate, or anywhere near it). The inspection of our haul post trick-or-treat was, for my siblings and me, a bit like April 15th. We got to keep most of what we brought home, but the powers-that-were took their cut.

Any loose candies, home-packaged candies (like baggies filled with loose candy corn), or homemade treats we threw out. Our parents were not trusting. We threw away apples as well, our fears stoked by urban legends of people slipping razor blades into apples. Raisins we were allowed to keep, but honestly, what kid wants to get boxes of raisins on Halloween?

I remember several of my costumes — baseball player (in a vintage woolen Yankee uniform that I thought was very cool, until I put it on and found it itched like mad), hobo (with burnt cork rubbed on my face to make me appear unshaved), astronaut (this was at the height of the Apollo era, and my helmet “mask” had a tiny little lightbulb that flickered on when I pressed a control at the end of a thin wire that ran from the helmet, down my sleeve, to my hand), ghost (with a freaking scary rubber mask), Charlie Chaplin (I honestly don’t know why; I never was particularly fond of his movies). I think I went as a vampire one year, with those plastic teeth and my hair slicked, but I might be making that up.

All this by way of saying I miss Halloween. I miss the excitement I felt for it as a kid, I miss the anticipation I saw in my own kids as the end of October approached and thoughts turned to candy and costumes. (I remember a pirate and a tiger, a ballerina and a soccer star, a kitty-cat and a scarecrow, a froggy and a princess.) I would love another chance to savor the holiday . . . and I suppose that’s what grandchildren are for. Someday!!

Have a great week!