Photo Friday: Live Long and Prosper. And Help Me Find My Mate…

It appeared early in the fall, on one of our first frosty mornings. There it lay on the rails-to-trails path: a lone glove. It looked new then, a recent purchase perhaps. Surely someone would be missing it. This is a small town, and as one who walks the trail pretty much daily, I can tell you that I pass the same people regularly. I had no doubt that the glove would be reclaimed within a day or two. The weather was clear and would be for several days to come. I thought nothing of leaving the glove where it lay. Others seemed to take the same approach.

After a week, it was still there.

We had a couple of days of rain, and the glove got soaked. But no one claimed it, and my fellow walkers and I continued to pass it by.

Then, finally, one of us took pity on the poor thing. Clearly it belonged to someone, so this charitable soul didn’t take it away or dispose of it. But rather than leave it on the path, wet, half covered with fallen leaves and pine needles, this person slipped it onto the branch of a sapling.

At that point, though, the fingers of the glove looked…well, normal. Only over time, with storms and cold and wind and, no doubt, a bit of human manipulation, have they taken on their current Vulcan look. At this point, I expect, the glove is a permanent fixture along the trail. It is part of the landscape, offering wishes for long life and prosperity to all who pass.

Live long and prosper, friends. And have a great weekend. 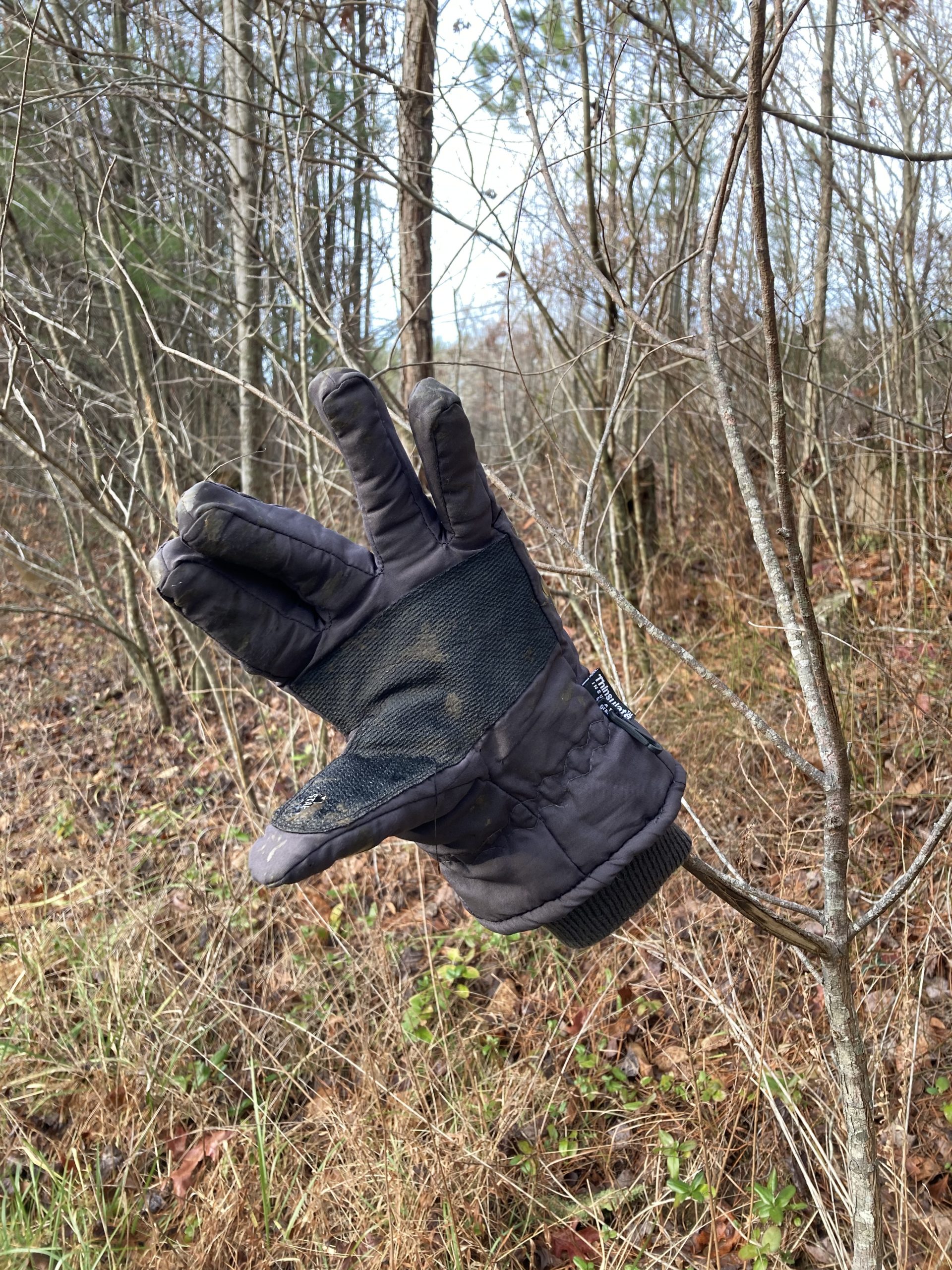