Photo Friday: A Gift From Amarid

As Jaryd and Alayna reached the bottom of the marble stairs and stepped onto the cobblestone street, people from the crowd approached them. The first to reach the pair was a young girl, accompanied by her mother, who stopped in front of Alayna and dropped a small feather into the woven basket the mage had been handed moments before.
“Wear your cloak well, Daughter of Amarid,” the girl said softly, with a glance back at her mother. “May Arick guard you.”
Alayna had no time to thank the girl. A young man placed an­other feather in her basket, and said solemnly. “Wear your cloak well, Daughter of Amarid, and may Arick guard you.”
An elderly man placed a feather in Jaryd’s basket. “Wear your cloak well, Son of Amarid, and may Arick guard you,” he said with a wink and a grin.
So it went for the entire journey around the Great Hall and through the streets of the city to the First Mage’s home. The procession wound through the darkened streets, which were lined with crowds of people. And as they walked, literally hundreds of men, women, and children approached Jaryd and Alayna, dropped feathers in their baskets, and welcomed them to the Order with the ritual greeting. Some smiled, or even laughed, while others remained serious, but all seemed sincere in wishing the mages well.

I’ll admit it. Since writing Children of Amarid, my first novel, I have thought of the feathers I find as “gifts from Amarid.” For those unfamiliar with the LonTobyn books, my mages, the so-called Children of Amarid, drew their magic from the psychic bond they formed with avian familiars — usually hawks, eagles, falcons, or owls. With every act of magic they performed in service to the land, they left a single feather as a token of their devotion.

This particular feather, which I found on my morning walk yesterday, originally belonged to a Blue Jay. I’m grateful to him or her for leaving it for me.

I wish you a weekend filled with unexpected wonders, large and small. Stay safe, be kind to one another. 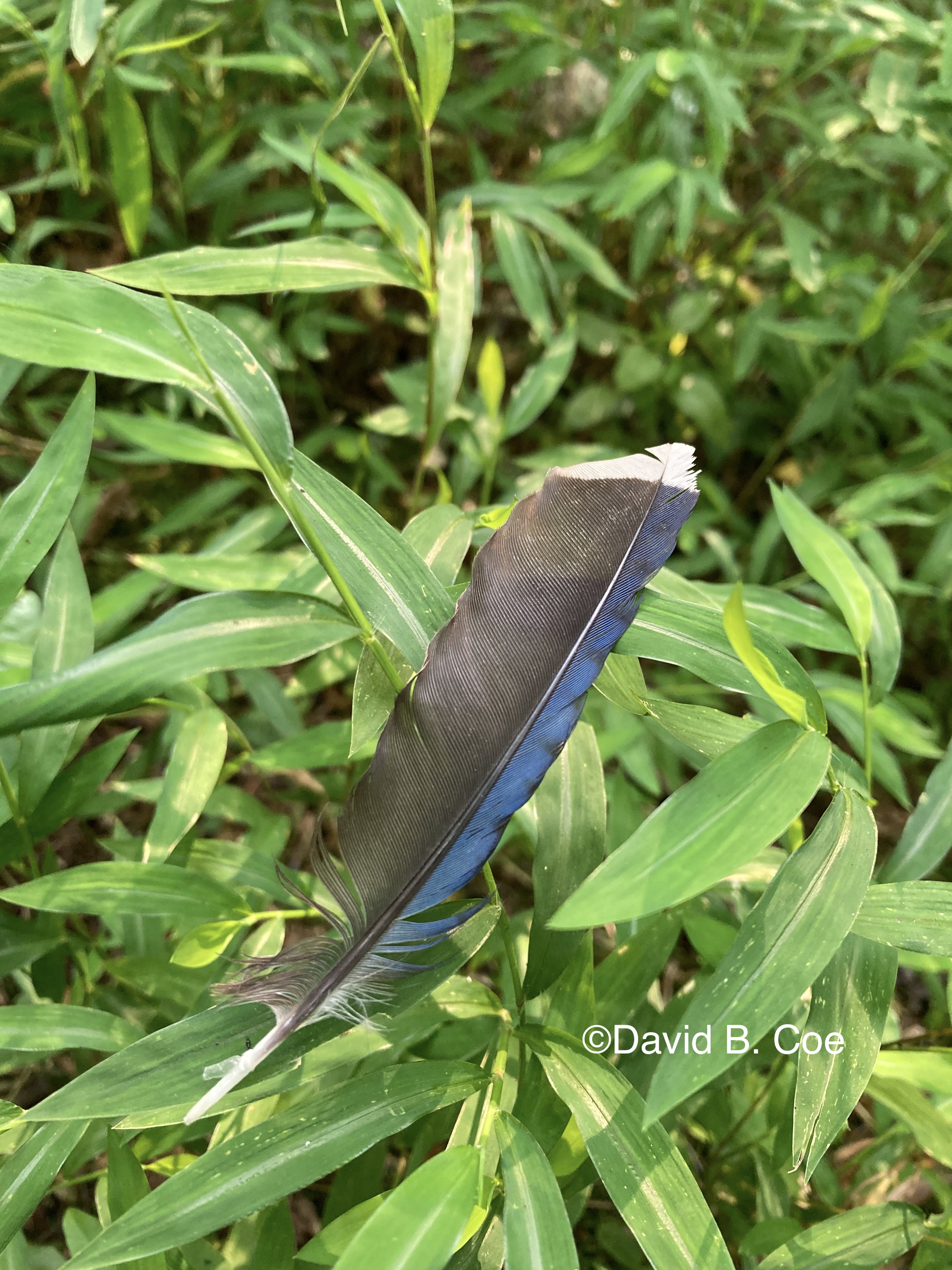