Fall foliage is well past peak color here on the Cumberland Plateau, as it is in most parts of the country. But there are still vivid splashes of red and yellow clinging to branches. This Red Maple, a species also known around here as Swamp Maple, is close to our home. It caught Nancy’s eye last weekend on one of our walks, and I went back out the next day to snap a photo or twelve. It was breezy, so several of the images were blurred, but the setting sun was angling through the forest, gilding the leaves’ edges.

It has been a fraught week. Too many people are getting sick. Too many people are dying. And Washington is consumed with a dispute over an election that was won more than a week ago. It’s tragic and depressing and utterly infuriating. But there is still beauty in the world. It’s a little harder to spot right now, but it remains. I promise.

Now, as much as ever, I beg you to be safe, to take care of yourselves and your loved ones, to be kind to one another. We’ll get through this. A better day is coming. 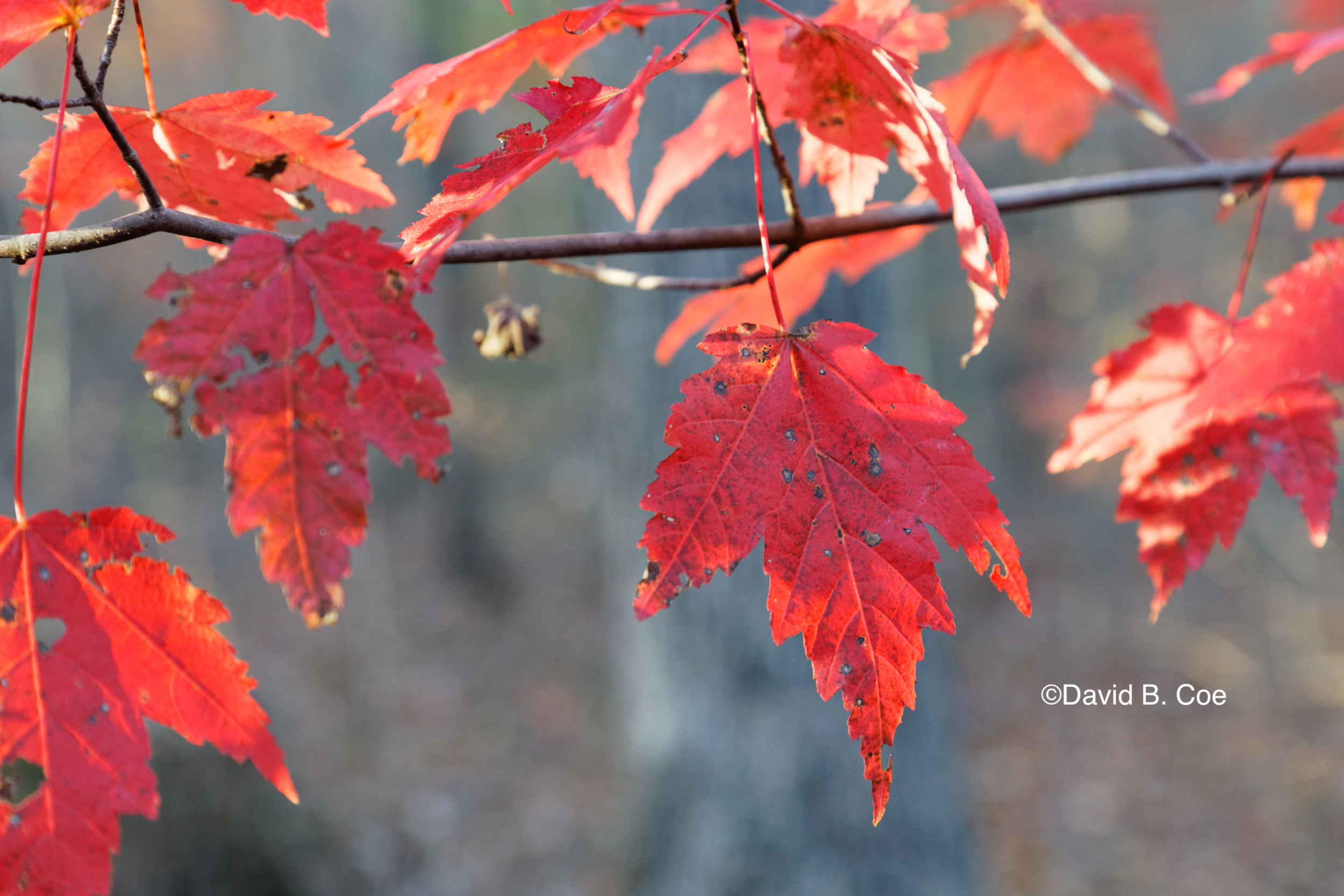