On Writing: Revisions and the Editorial Process

Sure, these criticisms come in the context of someone saying, “Hey, I love this story, and I want to pay you for it. In real money.” So, thinking about this rationally, we should be able to process the editor’s feedback with this underlying praise in mind.

But we’re writers. We don’t necessarily do rational. And given the chance to fixate on praise or criticism, we will invariably choose the latter. Pathetic, I know. But it’s a living…

I recently completed revisions on TIME’S DEMON, the second novel in my Islevale Cycle. Almost immediately after finishing them, I began editing submissions to the upcoming anthology from Zombies Need Brains, TEMPORALLY DEACTIVATED, which I’m co-editing with Joshua Palmatier. So for obvious reasons, I have had revisions and the editing process on my brain. 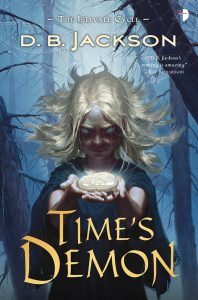 When we talk about craft, we usually focus on elements of initial creation – world building, character building and development, plotting, structuring and pacing a story or novel, and all the pitfalls we encounter when writing our stories. And certainly those are topics worthy of vigorous exploration.

The fact is, though, the purpose in working on all of those things is to sell our story or novel. And should we be fortunate enough to do so, pretty much the first thing we will be expected to do is revise our manuscript in response to an editor’s concerns and criticisms. So doesn’t it make sense to turn some attention to that part of the creative process?

Receiving editorial feedback on something we’ve written can be incredibly difficult. Chances are, if we submitted a story or novel for consideration at a magazine or anthology or publishing house, we thought the story was pretty good to start with. So hearing that it has flaws – in certain cases significant, pervasive flaws – often comes as both a shock and a blow. Sure, these criticisms come in the context of someone saying, “Hey, I love this story, and I want to pay you for it. In real money.” So, thinking about this rationally, we should be able to process the editor’s feedback with this underlying praise in mind. 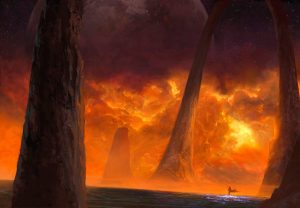 Jacket image for TEMPORALLY DEACTIVATED, edited by Joshua Palmatier and David B. Coe

But we’re writers. We don’t necessarily do rational. And given the chance to fixate on praise or criticism, we will invariably choose the latter. Pathetic, I know. But it’s a living…

Kidding aside, accepting editorial feedback and turning it into a positive revision process is one of the greatest challenges we face as writers. Especially early in my career, I found that my own reactions to criticism from editors ranged between two extremes. At times, I reacted with a knee-jerk defensiveness: “They just don’t understand what I’m trying to do with my story. If they were better readers, they’d get it, and they’d see that there’s no problem here.” At other times, I internalized it all and allowed it to feed my lingering imposter syndrome: “Yeah, they’re right. This is shit. I don’t know what the hell I was thinking. I have no place even attempting a story this complex or ambitious.”

Of course, both extremes had little basis in fact. My editors understood perfectly what I was trying to do with my story. There were just elements of it that I hadn’t handled well. Which didn’t mean that I was a shit writer. It meant I was human. My story wasn’t perfect. But it was good, and with my editor’s help, I could make it even better.

The emotional health in that previous paragraph was pretty alien to me early in my career. Sometimes it still eludes me. But it’s what I strive for when I receive editorial letters. So, here are a few things I try to keep in mind when trying to turn editorial feedback into effective revisions.

1. Editors are not our adversaries. The reality is that at times we find ourselves thinking of editors this way, in part because the editor-writer relationship is something of a hybrid. It’s a business relationship. Editors buy our stories and books, and at times we want them to pay us more than they’re willing to shell out. But it’s also an artistic collaboration. Our editors want our stories to be as good as they can be, just as we do. Every margin comment and line in an editorial letter is intended to help us get the most out of our narratives and characters.

2. A second set of eyes helps. No matter how much experience we have, or how good we might be at editing our own work, our stories will ALWAYS benefit from another reader’s perspective, especially if that reader is a professional in the field. We can’t possibly anticipate every problem with the things we write; we’re just too close to the material, the emotions, the creative process. Distance is our friend, and almost by definition, another reader brings that distance.

3. Our initial reaction to criticism is not necessarily our most productive reaction. I read through editorial notes the day I receive them. But I never respond until I’ve let myself process them for a day or two or three. Often I find that my first response to certain criticisms is to disagree, but over time I start to see what the editor is getting at. I generally wind up agreeing with 90% or more of the feedback I receive, although on that first day I probably agree with less than half of it.

4. I find it helps when I ask myself why I’m disagreeing with one point or another. Am I being overly sensitive? Am I too attached to a certain turn of phrase or narrative moment? Or is there really something vital here that I don’t want to sacrifice? A good editor will make clear up front that suggested wording changes are just that: suggestions. Early on, my first editor would cross out what I had written and put in his own wording. And sometimes his wording sucked. But when I talked to him about these instances, he said, “I don’t care if you use my wording. That’s not the point. I just want you to look for another way to say this.” Once I understood that he was pointing out problems rather than trying to make my book into his book, I found his comments much easier to take.

5. Sometimes we do have to fight for our artistic choices. There are times when editors get it wrong, and our way really is the right way. And in those instances, we have to hold strong for what we believe in. I try not to do this too often, because, as I say, we are all prone to defensiveness, and I want to be certain that I’m not opposing changes for the wrong reasons. But there have been times when I have had to stand firm on points about which I felt strongly. And a good editor also knows when to back down.

6. The revision process can be tremendously satisfying. Insights from a skilled editor can make the difference between a book that is just fine and one that is truly excellent. I try to approach revisions with my ego as much in check as possible, my mind open to possibilities I might not have considered before, and my commitment to my original artistic vision foremost in my mind. That last point is key. Clinging to my original vision does not mean resisting change. My original vision and my original wording are NOT the same things. Indeed, sometimes my writing carries me away from that first inspiration, and it takes the input of a perceptive reader to get me back to it.

Be open to new ideas, to the possibility that the current draft might not be the best possible draft, to the notion that the person pointing out where you can improve your story really does have your best interests at heart. Do these things and you might find, as I do, that revising a manuscript is every bit as gratifying as creating one.