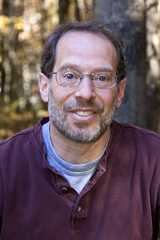 2015 will see the release of both Dead Man’s Reach, the fourth (and for now final) book in D.B. Jackson‘s Thieftaker Chronicles, and His Father’s Eyes, the second book in David B. Coe‘s Case Files of Justis Fearsson. And to mark the occasion, David/D.B. is embarking on a virtual tour that will take him to lots of different sites over the next two months. Follow along with this handy-dandy schedule!

July 21: Release Day for Dead Man’s Reach!  Interview at the Barnes and Noble Science Fiction Fantasy Blog, posts at the site of Faith Hunter and at Magical Words

July 24: Post at the sites of Alyx Dellamonica and  Harry Connolly

July 27: Post at I Smell Sheep and Literary Escapism

July 28: Post at SciFiChick, All Things Urban Fantasy, and at the site of Bradley Beaulieu

July 29: Interview at the site of Karen Miller

August 4: Release Day for His Father’s Eyes! Posts at the site of Faith Hunter and at Magical Words

August 5: Post at SF Signal, and His Father’s Eyes release event with giveaway at Bitten By Books

August 6: Post at the site of Lucienne Diver and interview at Fiction Reboot