For this week’s Photo Friday, I offer a different sort of photo, one that comes with a bit of a story. My Uncle Bill (left) fought and died in World War II. He was eventually stationed somewhere in France, but early on he must have trained somewhere in the UK. The point is, he wasn’t allowed to reveal his precise location in his letters home. But as my grandmother used to tell the tale, pride coloring her voice, my uncle knew how clever my father – his older brother – was in all things mechanical. (My dad was very sick as a young man – spinal meningitis, which almost killed him – and so was designated 4F for the draft.) Bill sent this picture home, knowing my father would pull out a map and geometric compass and pinpoint Bill’s location. It boggles my mind that the War Department didn’t realize this as well, but apparently it didn’t occur to the mail inspectors, who let the photo go through. And my father figured out where he was. (As best I can tell, this photo was taken somewhere in northern England or, more likely, Scotland.)

Have a good weekend all. Be good to one another. 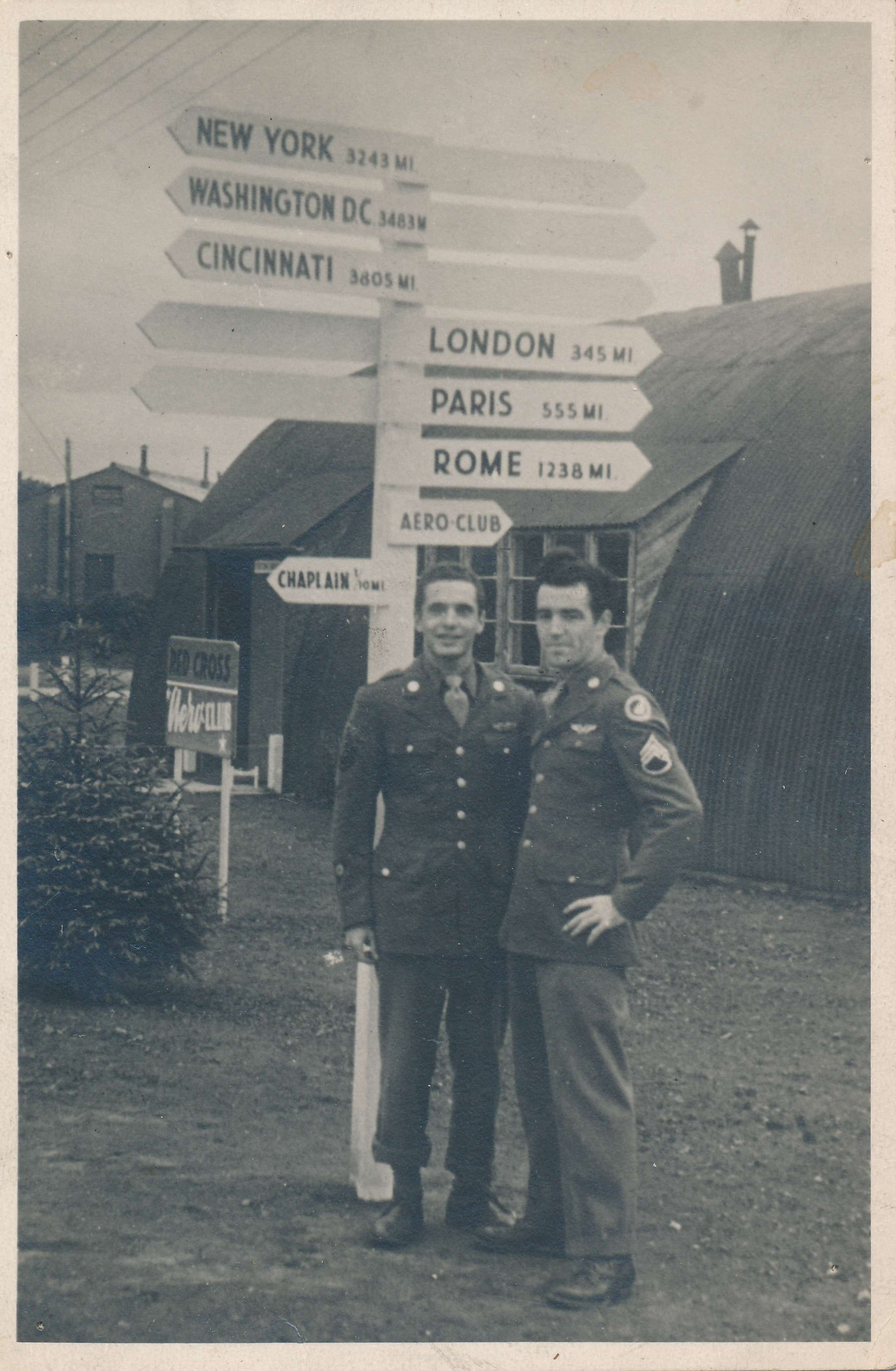 This entry was posted in Family, History, travel and tagged blogging, David B. Coe, family, history, photography. Bookmark the permalink.